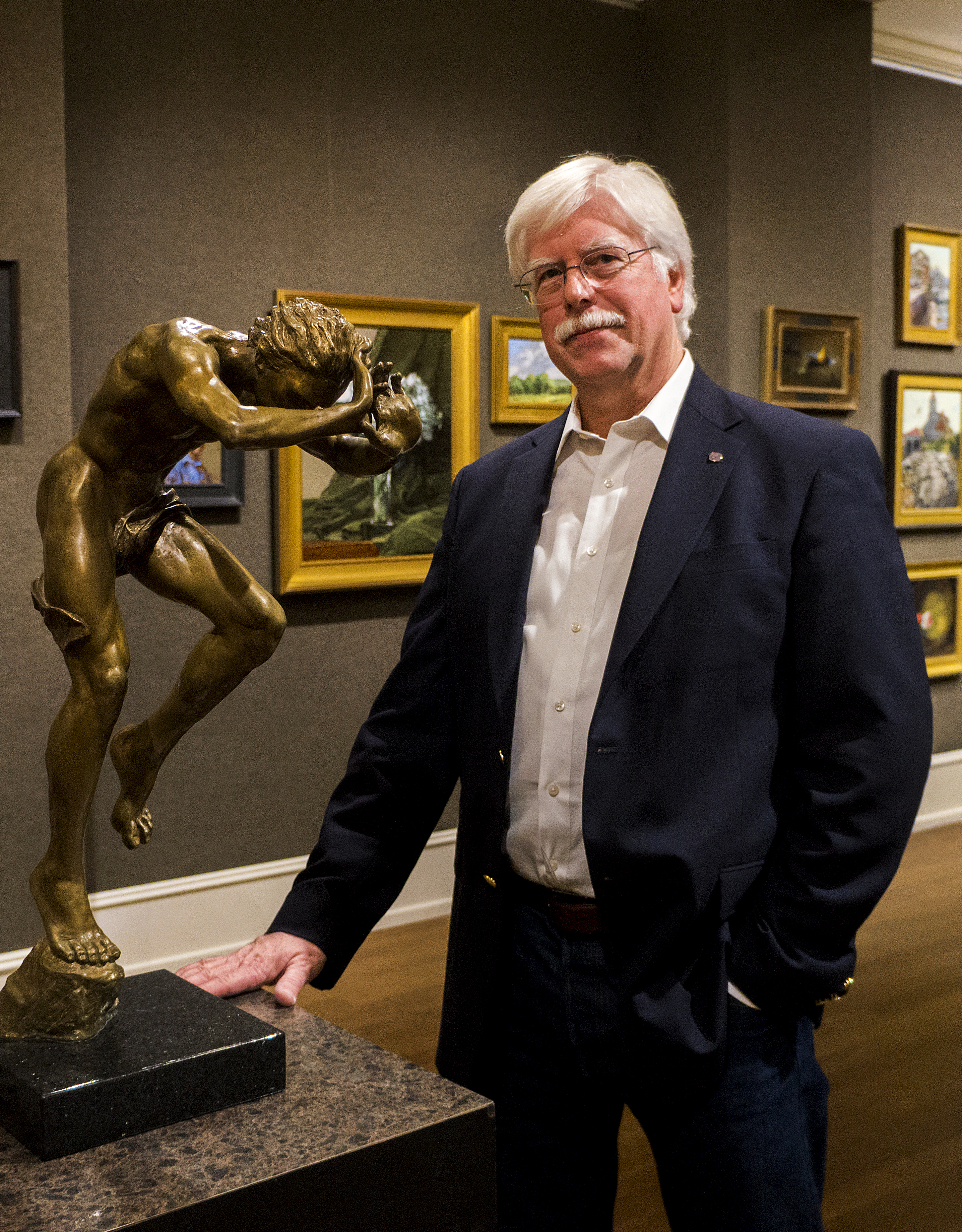 We are excited to welcome one of the top art collectors in the United States, as our 2020 Awards Judge. Tim Newton is a nationally acclaimed art collector, and is the Publisher of Western Art & Architecture Magazine.  He is past Chairman/CEO of the renowned Salmagundi Club in New York City, and the founder and curator of the highly successful American Masters exhibition there.

Although Tim spends most of his time at his home in Santa Fe, NM, he still spends some time in New York, and continues to be active with the Salmagundi Club.  Growing up in Wyoming and Colorado, his collection includes many paintings from major shows he attends in the western part of the U.S.

An eclectic collector, Newton owns many maritime works and also owns nocturnal (night) paintings, Grand Canyon scenes, and perhaps a cowboy or two.  Newton says he looks for technical skill, great design, and artwork that tells a story, according to a recent article in Southwest Magazine.

Tim began collecting with his first sketch in 1991, purchased at an artist's studio in Montana.  We are thrilled to welcome his discerning eyes and thought processes as he judges our 2020 EnPleinAirTEXAS Competition Artists after their week of painting in West Texas!